Synopsis:
"My name's Jag Steele. I’m the lead singer and guitarist to the band Pandemic Sorrow and I have a drug problem – well, I mean it's not really a problem unless you count the fact that I almost made my heart explode from all the blow I shoved up my nose a few weeks back."


That was my introduction during my first stint in rehab. I'm a fuckup. If you ask anybody who I am there’s a list they will go down: Famous, rock star, legend, drug addict, womanizing man-whore… but if you asked me, I wouldn't have the first idea of what to say because I don’t know who Jag Steele is. Really, I’m living every other damn person's dream, and all I want is reality.


Roxy Slade, that girl was my reality. My brutally flawed and beautifully broken reality. And she fucking hated everything I stood for. To her I was just one of “those guys”, and she’d rather be buried alive with poisonous snakes than give someone like me a piece of toilet paper to wipe their ass with. Brutal - Life. Is. Brutal. And it is just a giant pain in the ass, which is why I chase after anything to make it numb, anything that can fill this void. I just want anything that can make me not feel. 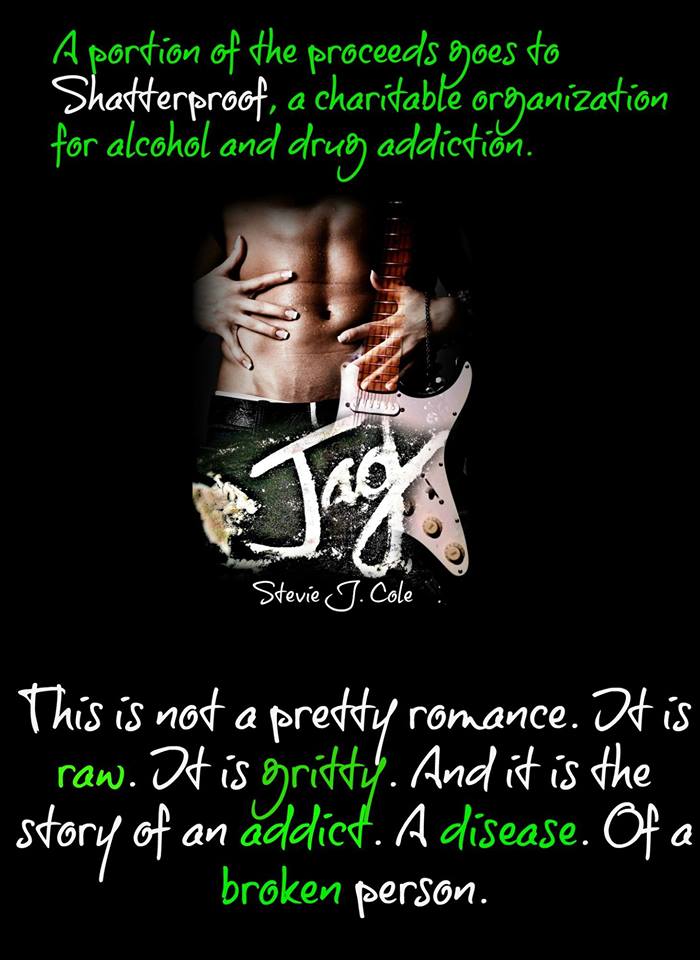 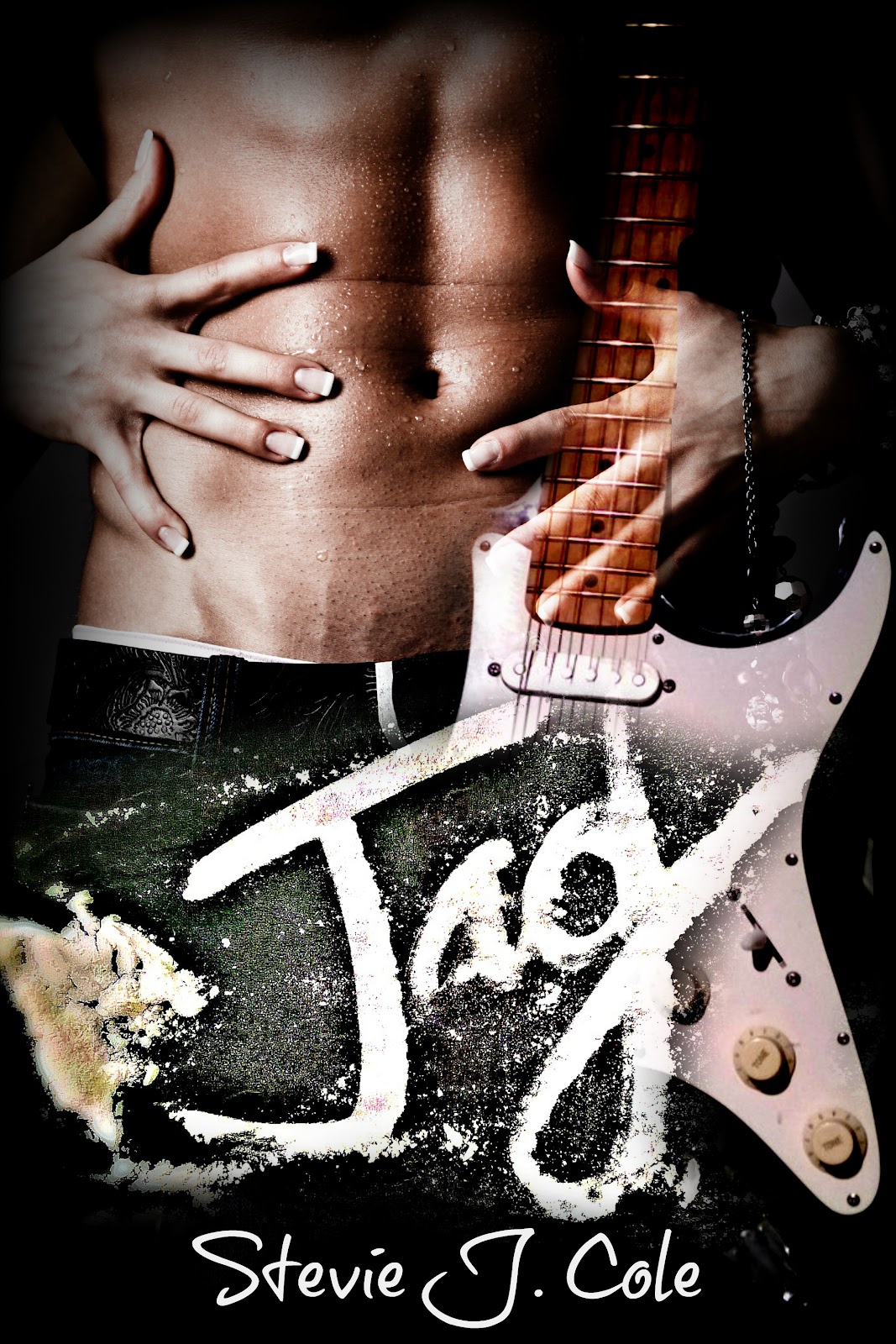 
“Well,” she said, “you’re clean now. That’s amazing. You’ve been clean for – how long now?”
Just talking about those drugs had made my mouth water. Every fiber inside my body was twitching, thinking about how good it would feel to just get something in my system. My heart was banging against my chest with anger, with the need for something that would cut the pain of being sober right out of my life.


Forcing a smile so it would appear I really was proud, I said, “Six months.” I knew I was lying, I knew it had only been two weeks ago that I had gone through an eight ball of coke, and I had just drank myself into a stupor the night before, but other than those two times, I really had been sober – I think.


Brittney beamed, relieved that part of the interview was over with. “That’s awesome, Jag. You are such an inspiration. Addiction is a hard battle to win, and to see you doing it is wonderful. I’m sure many of your fans find strength hearing you say that.”


I hated hearing that. I despised that somehow, for some unknown fucking reason, people still looked up to me. No matter what mess I got into, people still wanted to be me. Liars like me shouldn’t be role models, but that’s what happens when you’re a celebrity – regardless of how worthy you are, you become an idol.


I was too weak for fame, but she didn’t care. She broke me, and I tried to let drugs mend me. While it numbed the pain and may have held the pieces together in a nice little package, I was deteriorating on the inside, and it was only a matter of time before it would all crumble to a pile of shit. In the beginning I’d thought fame was as close to being a mortal god as you could get, and in some ways I was right. The thing I had no idea about was my ability to handle this fucking double-edged sword. I like to think of fame as a metamorphosis. You get all wrapped up in it, almost like a cocoon, and the way I emerged from it was like that moth from Silence of the Lambs, with the stamp of death and destruction all over me. I had no idea how to handle fame, so, unfortunately, fame handled me. 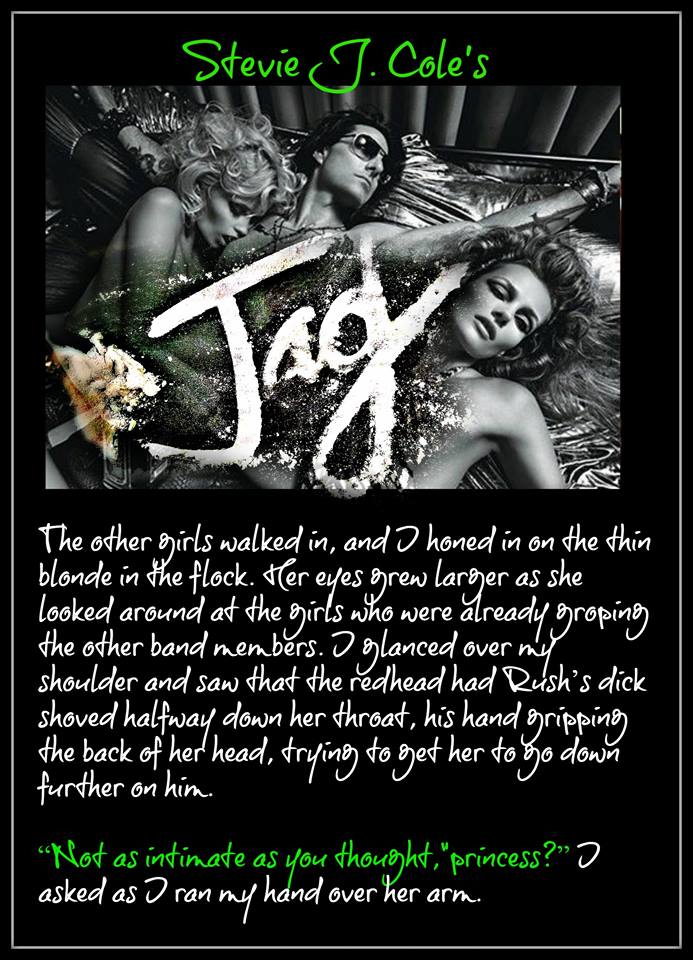 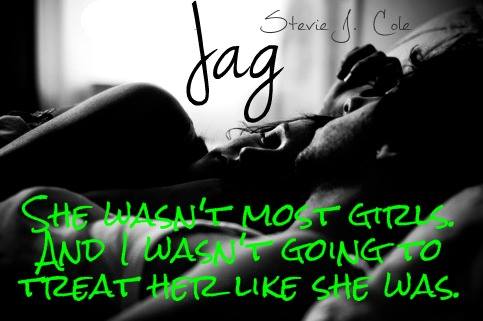 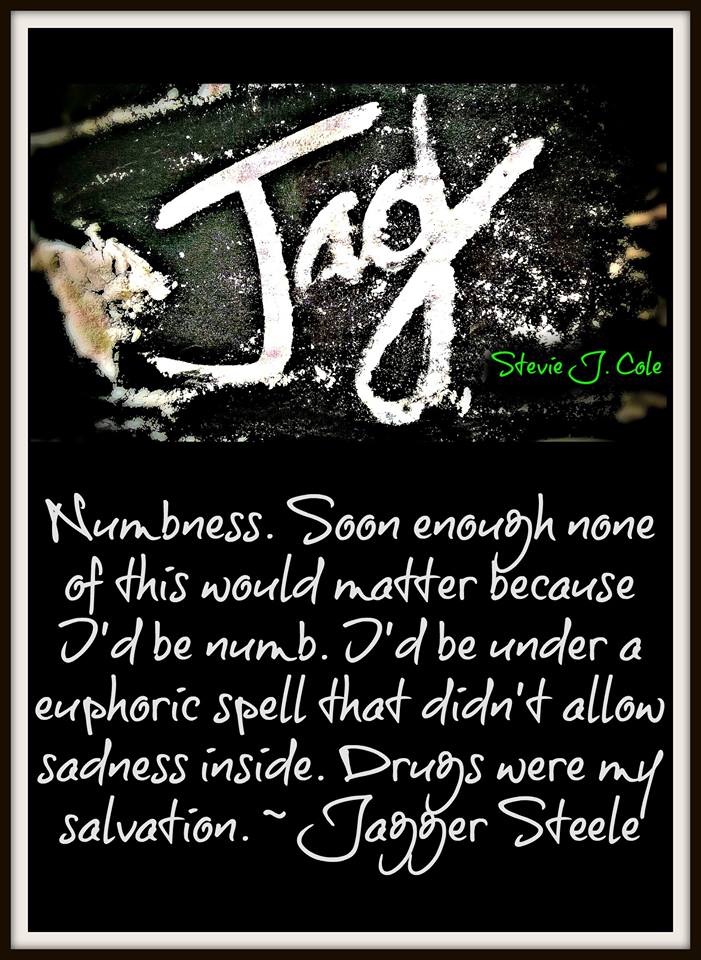 Review: 5 stars
Diving into Jag, I didn't know what to expect. Of course there is going to be a hot rocker and some one that he falls for and the girl doesn't give a rats ass. Let me just say that I really wanted to hate Jag. Its really on a personal level as to why, but at the same time, he let his self become an addict after one night doing drugs just to keep with the rock star life. As the book goes on and you meet Stephanie, you understand where she is coming from about not wanting Jag to know his little boy. But she is also in the wrong because I think every man should know about their kids. I moved forward with the book to see how it ended, and really as I go on, I have came to the conclusion that Jag is a liar. He keeps saying he is clean and he doesn't drink.
He lies to everyone, even the new girl Roxy that he meets, and she doesn't care for him, But after having a talk one night, Jag realizes that he likes her. As things start to seem like they are getting better, of course something always have to come in the way to stop it. Steph comes back in the picture, everything changes.. as much as I want to spoil the rest of the book for you, I can't.
I did feel a personal connection with the book as to why I gave it 5 stars, is because this book is reality, weither people want to admit it or not, Jag is also a human being - and as an addiction like most people do, even if yours is eating cake everyday, or reading - writing. What ever it is. Stevie has wrote an amazing book and I can't wait to see what else she writes. :)
Posted by Firefly Book Blog at 12:00 AM