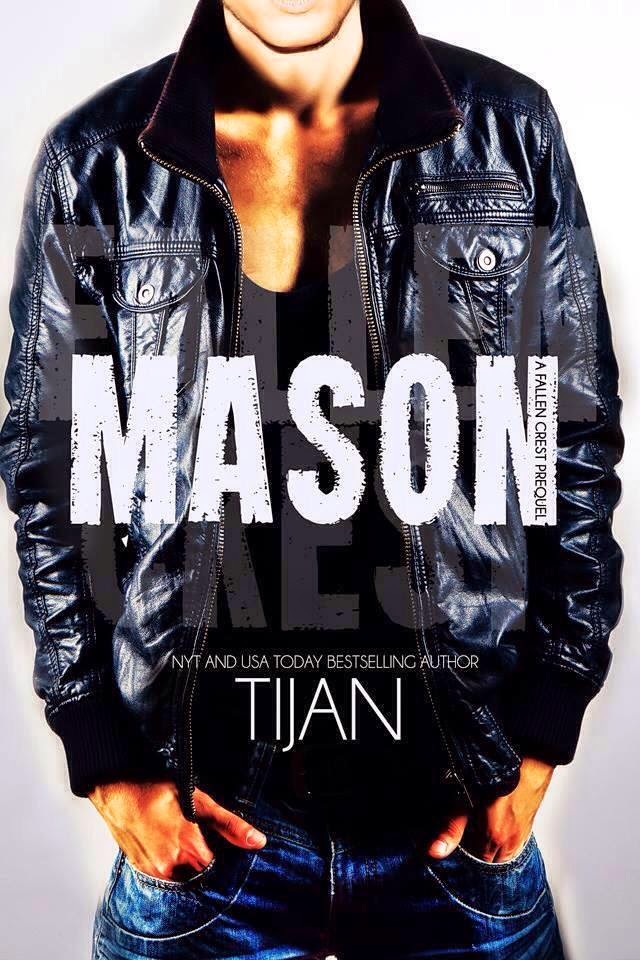 Mason Kade is not known to be nice. He is ruthless, manipulative, and unforgiving. Most will say that he is an a**hole and he is to those that cross him or cross his loved ones. However, he does not want to be who he is. He does not enjoy hurting others, but there is no limit to the lengths he will go to protect himself and his brother. This is the story of how he came to be and this is why so many love Mason Kade.


Nate saw the fight in me the second I walked through the basement patio door. He put the video controller aside and cursed, raking his hand through his hair. “You’re going to cause a problem tonight, aren’t you?” There were four other people sitting on the couches and chairs in the room. I didn’t recognize any of them, but at Nate’s words they all looked at me. I said to them, “Who are you people?” “They’re friends. Their parents are friends with my parents.” Nate pointed to a guy. “That’s Nick.” A lanky guy, wearing a polo and trendy jeans nodded to me. “Yo.” Nate continued, pointing to the girl next to him. “That’s Maria.” “Hi.” She gave me a nervous smile. Brushing some of her blonde hair back, she moved away from Nick’s hand and her eyes grew more welcoming. He frowned at her, then it turned into scowl as he turned to me. I shot him a warning look. I wasn’t going to take any crap from him. At that, it went back to a frown, but there was still heat in his eyes. He could be a problem later. Nate kept on with the introductions. He gestured to the opposite couch where a girl sat. She had black hair and could’ve been a model. He said, “That’s Wren and the guy next to her is Wayne. They’re twins.” The guy said hello, but I ignored him and lingered on Wren. Her lips pressed together in a smug smirk, and she adjusted her legs, opening them for a second before she swung them back underneath her bottom. She wore a shirt that looked like a corset with a black bra underneath. Her breasts were full and I imagined cupping them later. They’d be a good handful. When my gaze snapped up to hers, the invitation was there and I nodded. If I didn’t get thrown out of the party or arrested, I knew what I’d be doing later. I gave the other guy a nod and headed for the bar in the basement. “Did you guys start drinking?” Nate followed me. He hopped on a bar stool when I went behind the counter and poured rum into a glass. As he watched me, he said, “Yeah, but we were waiting for you to start doing shots.” The others got up and stood around the bar. I skimmed them again and grunted. Nate’s parents were rich movie directors. That meant they had rich friends, who had rich kids, and since Nate’s parents directed major motion pictures, I knew the who’s-who were upstairs. I was a rich kid. I was aware of this, but I wasn’t an entitled prick like these four were. And the people upstairs were worse. Even now, glancing towards the ceiling, I could list the people up there. I finished mixing my drink and asked Nate, “Is my dad up there?” He tensed and shook his head. “No.” “Is he?” “Come on, Mason. Don’t do this.” I flashed him a hard grin. He was up there. “Is there food up there? I think I’m hungry.” “Mason. Seriously. Don’t.” Nick frowned. “What’s going on?” Maria and Wren shared a look, both smiling at each other. Wayne frowned at them, then at me, and swung to Nate. “What’s going on?” I slammed my drink back and started for the stairs. “Mason.” Nate got in front of me and tried to block me from the stairs. “Think about this. This is my parents’ house.” I stopped and flashed him a heated look. “Move, Monson.” He shook his head. “My parents already don’t like you. They threatened me the last time we got into trouble. They want to move from Fallen Crest and take me with them.” A voice in the back of my head was telling me to listen to him. He was my best friend. He was always at my side. He did whatever I needed and he took a lot of crap because of it. The other part of me wasn’t a voice. It was the need to pummel someone. The voice got silenced and a calm came over me. I needed to do this. “My dad is up there.” Nate was holding his hands up to me, but they lowered. An air of acceptance came over him and he said, “I know he is.” “You know who else is up there?” My voice grew rough, hardening. My jaw clenched and I lowered my head, as if I was going to charge right through him. He nodded. “I do.” “I’m going up there, Nate. I’m sorry, but I am. All his colleagues are up there. All those women he’s slept with. He keeps them around. He works with them. He introduces them to his friends. They’re all in the same social circle.” He gazed at me, studying me. I let him see me. I let him see the gnawing ache inside of me. It had been there forever. I couldn’t remember a time it wasn’t, and the person who put it there was with his friends. My dad was doing his thing. He was acting like he was perfect. He was pretending that he had never hurt anyone and he was getting away with it. “Nate,” I softened my tone, “I have to make him hurt. Just a little bit.” “He’s outside on the patio.” Then he stepped aside, and I didn’t wait for another second. I charged the stairs.

AUTHOR BIO:
Tijan started writing later in life, after she had already graduated college with a different direction in mind and a different degree under her belt. Hitting the brakes on that path, she taught herself how to write a good book and began posting at sites such as Fictionpress, along with Wattpad. After receiving such encouraging messages from readers, she self-published Fallen Crest High and has continued throughout the year. She continues to keep writing NA books!