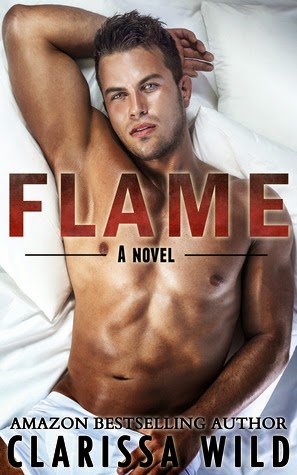 When trust is challenged and desire takes control, is love enough to conquer fear?

When geeky book nerd Autumn Blakewood falls for the cocky, confident fighter Hunter Bane she knows she’s in for life. Their undeniable connection, fueled by the desire to protect, grows stronger every passing second. However, the need to feel cherished threatens her college graduation, family bonds, and future, tearing her apart, but she won’t give up on Hunter so easily …

After he was abandoned by his family, Hunter Bane struggles to cope with daily life. Having a learning disability turns every task into a challenge. With his brother now free, Hunter feels the pressure to succeed and take care of the people he loves, forcing him to choose between college and a job. Hunter’s devotion to Autumn keeps him on the right path. His infatuation with her turns lust into passion, drawing out his alpha tendencies. But with affection comes admission, putting a strain on their relationship as secrets are exposed and unforeseen circumstances spiral out of control.

Being complete opposites, their love is flaming hot, but it burns away all inhibitions, unveiling the fears that were locked deep inside. As past and present collide, difficult choices must be made. Can Autumn and Hunter’s love survive this ultimate test?

(This excerpt is unedited)

I’m walking home from school, wandering across the streets as I stare at the beautiful houses. Peeking into their living rooms, I can clearly see the candle flames dancing, flickering through the window like a warm, inviting light. People walking in the rooms are oblivious of me, which gives me all the more reason to keep looking. Their happy faces make me smile, if only for a second. Catching a glimpse of a normal life lets me escape from reality.

Reaching my house is the last thing I want, but I know it’ll happen eventually. I’ll have to go home. I always have to. There’s nowhere else I can go, and my brother needs me. Not as much as I need him, though. I probably wouldn’t even be alive without him.

My home is a broken one. When I spot it, a heavy feeling overcomes me. Each step I take leads to another day in hell.

The garden is littered with used needles, empty bottles of liquor, and old condoms. Me and my brother never have time to clean it all up. We’re too busy trying to keep the house clean enough to live in.

As I enter the house a familiar, but disgusting stench causes me to cough. All the windows are closed, smoke wafts through the air, bottles are scattered on the table, and an empty bag of white powder is in my mother’s hand as she hangs like a wet rag in her seat. Ash grey hair sticks to her face, masking her eyes. Her head is on the table, and she’s snoring loudly. The only thing keeping her in place is her bony ass stuck to that chair she only leaves to get some more. More of whatever she needs to satisfy her addictions.

“Hey, bro,” Jessie says. He’s unwinding the vacuum plug, turning it on at the same time.

“Sorry, thought I’d have it cleaned up by now, but it was too much of a mess.”

He smiles briefly. “I know. I just don’t want you to see it.”

A moment of silence passes between us, the air thick with unspoken words. I owe my brother so much. He’s the only one taking care of both of us right now. I wonder how long we’ll last if she keeps this up.

I start unpacking my things, shoving my mother aside from the table so I have enough room to check what I need to do. My notebook is filled to the brim with short texts of things I need to remember. My memory always fails me, especially when it comes to short term things like homework or names. It’s been like this for as long as I can remember. My brother thinks it’s because of my mother. We don’t know her any other way than she is now. Drunk. Addicted. Full on drugs.

Just thinking about it makes my skin crawl. Sometimes I really hate her, but she’s my mother too. I owe her for keeping us alive, for trying to do her best to give us a home.

Somewhere along the way she failed. I can’t not resent her for that. At times I wonder if she ever intended on having us or if we were accidents she regrets.

One of the notes slips from my book, and it lands on her arm. The paper immediately stains with blood. Sighing, I pick up the piece of paper and notice the puncture marks on her skin. She looks more like an orange than a human sometimes, that’s how many holes she shot into herself. So many it doesn’t stop bleeding. Still, it doesn’t make her quit.

Suddenly, she grabs my hand, and I’m startled by her movement. I jolt up and pull my hand back as her head shoots up from the table. Her eyes are bloodshot, staring back at me with a crazy look like she doesn’t know who I am. It takes her a few seconds to register that it’s me, and then a smile slowly creeps onto her face, exposing her black, broken teeth and smelly breath.

Her hand drops off the table, the bag of powder tumbling to the floor. The sound immediately catches her attention, as if it’s food for a starving woman. Bending to pick it up, her fingers tremble as she reaches for the bag.

“No, no, no, this can’t happen,” she mumbles, clearly still under the influence.

“Mom. Calm down. You can go without it for a few hours. You won’t die.”

“No, I can’t!” she gets up from her seat, barely able to stand as her legs are two thin sticks ready to snap.

“I’m going to get more,” she stammers, grabbing me by the coat.

“You can’t stay here alone with your brother.”

“Because …” she sniffs. “I need you. I can’t do this without you.” She wipes away the tears filling her eyes. She, most of us all, is unable to face the monster she’s become.

“No, mom. I’m not coming with you. I’m not going to be your busboy again. Not anymore.”

“What? You don’t mean that. You know I need you. Please don’t let me go through this alone.” She tightens her grip on my arm, dragging me to the door. Resisting is what I should be doing, but I don’t want to hurt her. She’s been hurt enough in her life.

“Stop,” Jessie shouts. He stops vacuuming, turning it off. His fists are balled, his nostrils flaring, and his stance is aggressive, as if he’s about to attack my mother. I know he would if it was necessary.

“Let. Him. Go.” His teeth barely separate as he speaks the words. His furrowed brows even scare me.

Her fingers untangle themselves from my arm, and I shake myself loose from her grip. I turn away from her, slanting to the side because I’m scared she might grab me again and make a run for it. My brother is and always will be the only thing keeping her from ruining not only herself but me, too.

“Fine, but I’m going,” she says, and after making a horrible face she walks out the door. The slam that follows force the tears to spring from my eyes. 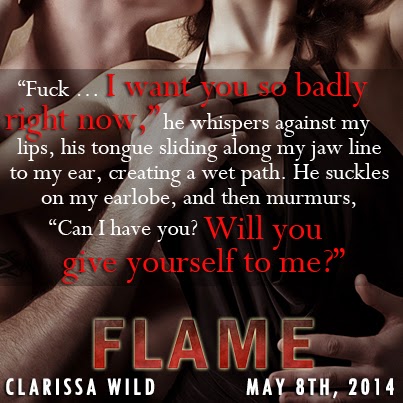 Want to get an email when my next book is released? Sign up here to receive a FREE short story: http://eepurl.com/FdY71


Review: 5 stars!
I love this series!! The attraction between Autumn and Hunter, its undeniable! I'm speechless.. this series is a series i would recommend to anyone. Great Job Clarissa!
Social Links:


a Rafflecopter giveaway
Posted by Firefly Book Blog at 4:48 PM