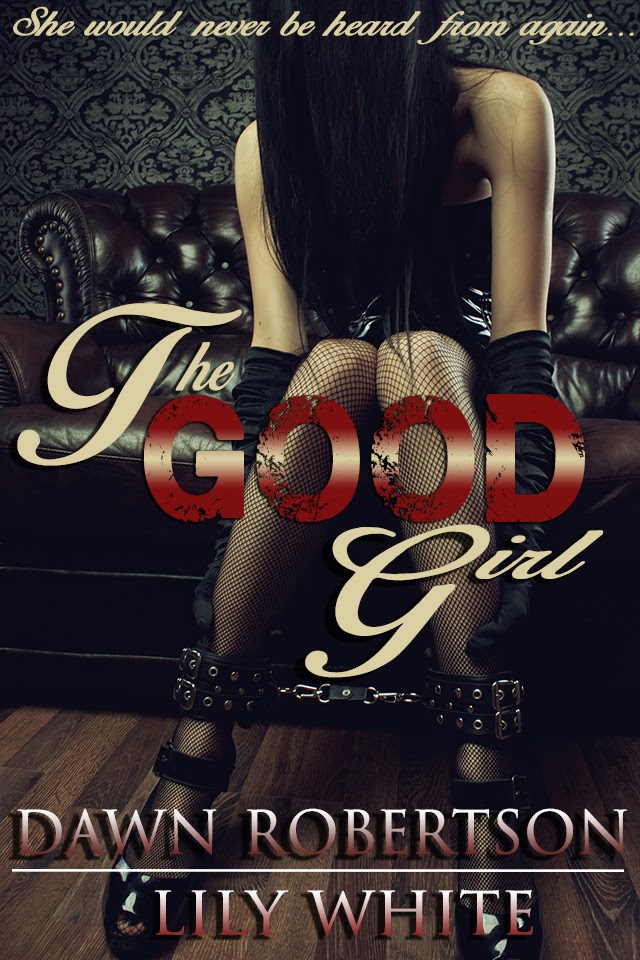 Author(s): Dawn Robertson & Lily White
Release Date: TBA
Synopsis:
School from nine to four.
Bartending from nine to two.
Wake up and do it all over again.
All while depending on no one but myself…
because everyone in my life has repeatedly let me down.

I cling to the one thing that will always remain a constant in my life: Art.
Body art, photography, painting… you name it and my interest is peaked.
Almost as strong as his interest in me.

I wanted nothing to do with him
But he was the type who took what he wanted.
His hate became his obsession
And his obsession became so much more.

I am his good girl
And I wonder if he'll ever let me go.

WARNING: No fluffy kittens, glitter, rainbows or unicorns. Explicit scenes of physical and sexual violence and adequate loads of mindfuckery.

Dawn can normally be found swearing like a sailor, making late night drive-thru appearances, arguing with her kids (or being run over by their power wheels), reading a steamy romance while hiding in her bathroom, writing her little heart out on her laptop (or dragging her Macbook to the Genius bar praying they can save her latest work in progress), or sipping on a smoothie. She loves to hear from her fans, readers, and authors alike. Feel free to drop her a message.

Dawn rarely takes life seriously, so be sure to expect heavy sarcasm from her. She is also the life of the party, so be sure to meet up with her at one of the many author events she will be attending in the next couple months. Buy her a shot of whiskey, and she will love you for life.

Prefers to remain a mystery.

Posted by Firefly Book Blog at 3:00 AM