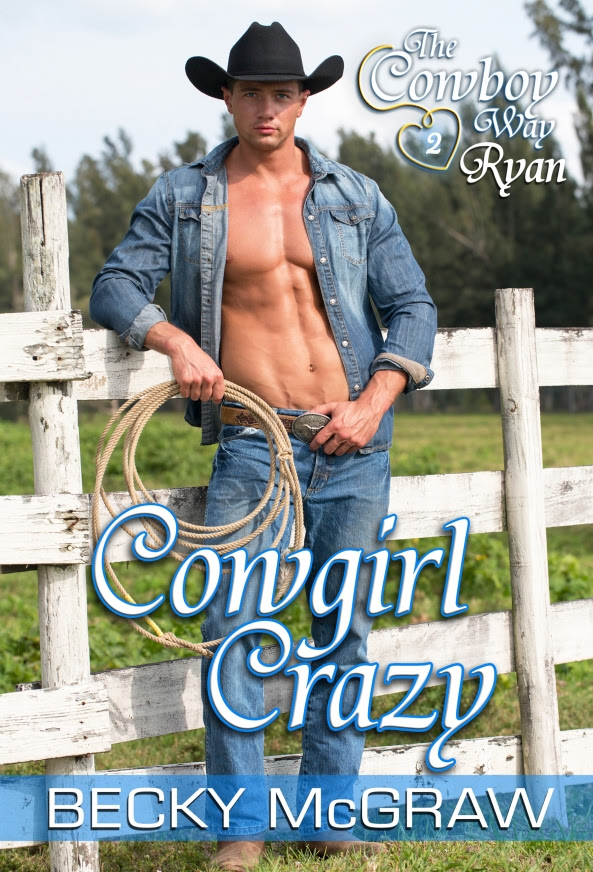 BLURB: Twyla Taylor is one frustrated cowgirl. She's not winning at barrel racing or in love. She's spent ten years nursing a crush on her brother's best friend, Ryan Easter, who thinks of her as no more than his little sister. When Twyla catches Ryan with yet another no-good buckle bunny, and calls him out, he tells her to get a life, and that is exactly what she decides to do. One that does not include a buckle-bunny-chasing cowboy with a bad attitude, or an overbearing older brother. Ryan Easter is one frustrated cowboy. He's winning every night at bronc riding, and has a different woman in every city. Mostly so he can keep his best friend's fiery little sister, and his desire for her, at bay. Since she grew those proud little breasts of hers, and mile-long legs, Ryan has had to fight his attraction to her. If her brother knew what he was thinking, he would kill Ryan, if her daddy didn't first. Ryan valued the surrogate family the Taylor's provided him with too much to ever go there with their youngest member. His diversion techniques work like a charm, until one night he pushes her too far, and Twyla takes off. Ryan knows he has to find her quickly and apologize, or face his best friend's wrath. He finds Twyla in Dallas and decides she's definitely gone cowgirl crazy. He barely recognizes her, because his barrel-racing tomboy is wearing makeup that looks like it was put on with a putty knife and she's working at a bar which borders on a cowgirl strip club. When she isn't serving shots off of her stomach, she's shaking her round ass for any man with a dollar to shove into the waistband of her barely-there shorts. Twyla refuses to leave with him, and Ryan knows he better make his final arrangements, or come up with another way to convince her and fast. HOT (18+) EXCERPT from COWGIRL CRAZY... Ignoring her comment, and what had to be her obvious discomfort, Ryan stepped forward, leaned over her to balance his shot glass about two inches under her navel. Heather always put it at the base of her ribcage, so a little would spill into her navel, but Ryan put his lower. Her muscles contracted, as the cold glass touched her skin and heat zinged through her as she thought about him licking her up to the glass, before taking the shot. The amber liquid sloshed in the glass, and he frowned. “No spilling, Twy, or there will be consequences.” His eyes met hers and his pupils were dilated almost as large as the blue irises. His breathing came in short spurts, and she could see his pulse pounding at the side of his throat. The look on his handsome face said he would relish delivering those consequences. “By the time I’m done, I’ll really need that drink.” A shiver worked itself up her body from her toes, and the glass wobbled. She gasped and contracted her muscles to steady it. Agitation bristled through her. “Why don’t you just have the damned shot then, and get on with this?” That’s what she really wanted. His hand clamped on her ankle, and he grinned. “Patience is a virtue, darlin’. Slow is not always a bad thing, and I’m about to teach you that, and a lot more.” His voice was heavy with anticipation, and his sensual threat was punctuated by his tongue making a trip around his lips. Her eyes followed it around and heat sizzled along her nerves to singe her at the apex of her thighs. Maybe this is why all those bunnies she saw leaving his trailer were smiling. They must have had the patience he was talking about, and liked that Ryan was slow as a turtle in his lovemaking. Twyla wasn’t sold on it yet, but deciding to try to find the patience he asked her to have. She a huffed a breath then relaxed and uncurled her fists. What the hell did she know about all this, anyway? She was green as grass at this, he knew what he was doing. Had done it many times. Too many. “Get on with it, then,” she grumbled, settling her focus on keeping that shot glass steady on her lower abdomen. Ryan’s dark head appeared in her line of vision, and Twyla gasped. His eyes met hers over the plane of her tummy, and were filled with mischief and purpose. His hot breath tickled her thighs when he warned, “Keep it still, Twyla. No spilling.” He slid his hands, behind her calves, and under her thighs to hold her hands at her sides, then turned his face to plant a wet kiss on her inner thigh. His mouth latched there and he sucked, while his tongue swirled on her skin. Fire zipped up to her core, her muscles contracted, and Twyla whimpered. The glass wobbled and she knew right then she was in big trouble. ___________________________________________________ Please also check out the first book in the Cowboy Way series, JUST SHOOT ME! 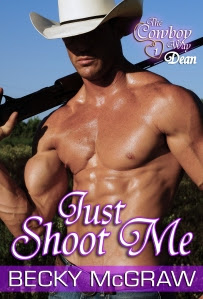 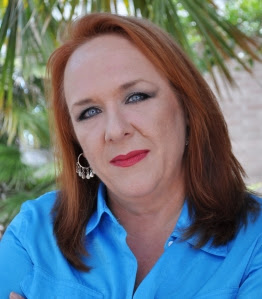 Bio: Becky McGraw is a married mother of three adult children, and a Southern girl by birth and the grace of God, ya’ll. She is originally from Louisiana, but resides in South Texas with her husband and dog Abby. A jack of many trades in her life, Becky has been an optician, a beautician, a legal secretary, a senior project manager for an aviation management consulting firm, which took her all over the United States, a real estate broker, a graphic artist, web designer and writer. She knows just enough about a variety of topics to make her dangerous, and her romance novels interesting and varied. Being a graphic artist is a good thing for her too, because she creates her own cover art, along with writing the novels. You can contact Becky McGraw at beckymcgrawbooks@gmail.com amazon.com/author/beckymcgraw facebook.com/beckymcgrawbooks www.beckymcgraw.com


Review: 5 stars.
Amazing book! Cowgirl Crazy will have you cracking up, and looking at whiskey a totally different way. You meet two people that both know what they want, when Twyla leaves Ryan and her brother to start her own life, it makes Ryan realize what he wants also. There are some hot moments in the book that will make you not want to put ti down. I can't wait to read more by Becky!
Posted by Firefly Book Blog at 2:29 PM