Blog Tour: A Little Bit of Everything Love by Stephanie Elliot 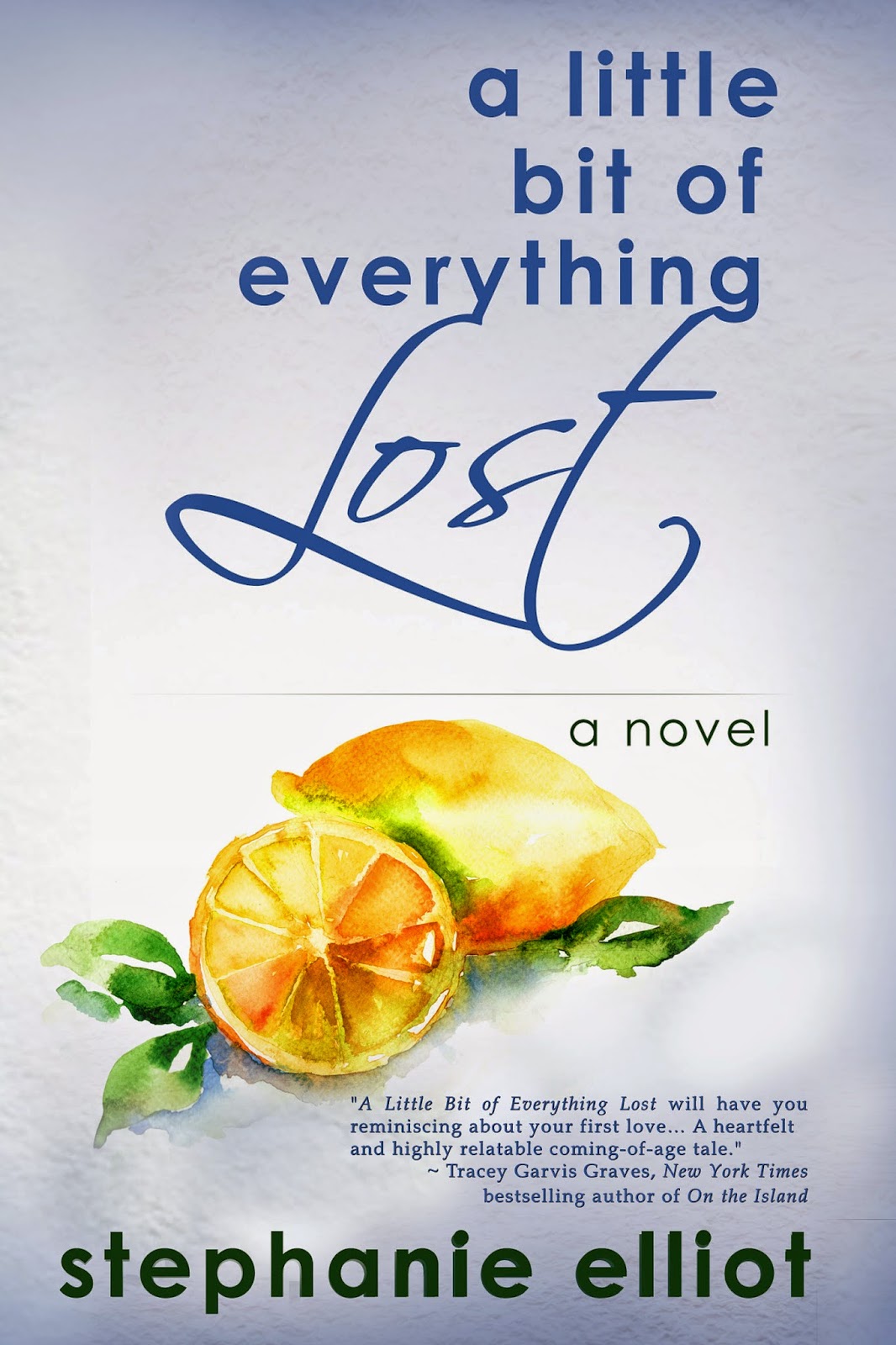 
At 19, Marnie plunged into first love with Joe, a guy who was completely wrong for her. Their romance was fast and exhilarating and like nothing Marnie had ever experienced or understood. Just as quickly as it began, it was over, with no explanation. He left her with unanswered questions and unexpected feelings of loss and regret, and a quiet grief she would carry with her for the next fifteen years.

When Joe returns, Marnie is a 34-year-old wife and mother to two rambunctious little boys, who is slowly healing from a devastating loss. All the emotions she suppressed from the past fifteen years surge to the surface, threatening to ruin her marriage and destroy her family. She'll need to confront the one person who hurt her the most to realize that love and loss sometimes go hand in hand… and that you have to live with some of your toughest choices for the rest of your life.

A Little Bit of Everything Lost is part coming-of-age/part love story. It's a story about a woman desperate to make peace with the past. It's for all women who have ever experienced the magnitude of first love, whether it was a lasting bond or a fleeting moment. Because first love - while it might not have been the best love - is a love none of us ever forgets.

EXCERPT:
October 2004
The whole process irritated the hell out of Marnie.
The microwave timer buzzed, frozen pancakes warmed and ready.
“You’re going to be late for the bus!” she yelled as she searched the meat drawer for ham.

“Why don’t I do this the night before?” Marnie muttered into the fridge. She found meat, made sandwiches, and moved to the pantry to grab syrup for the pancakes.

The lid was sticky.

She heard the boys arguing about who got to play Xbox first when they got home from school. They were going to be late. Again. And the lid was covered in syrup. Again.

They were still arguing as they bounded down the stairs and Marnie knew Jeremy had taken his forefinger and thumb and whacked his younger brother on the head because Trey yelped, “I’m telling!”

“No tattling,” Marnie threatened. “Or there’ll be no soccer after school.”

“Me too,” Trey agreed with his older brother.

Marnie shook her head. There was no winning here. She was losing the battle that was good parenting, and she didn’t know how she was going to survive. High school – hell, junior high school – was still eons away.

The rumble of the bus wheels turning onto the street signaled panic in the boys’ eyes.
“The bus!” Trey screamed.

“Grab a granola bar, your lunches and backpacks, and run!”

No matter what chaos each morning brought, Jeremy and Trey were endearing still, her little boys, taking the time to kiss her, and to tell her they loved her. Every morning, no matter what, they managed to love her. If only that were enough. If only.

As Trey buried his head into Marnie for a hug, she inhaled the little boy smell of him. Oh God, how she wished they didn’t have to grow up, didn’t have to become big boys. Big ones – well, big eight-year-olds like Jeremy – were already showing signs of pulling away, of needing her less and less. Of asking for fewer cuddles, and practically no more bedtime stories, wanting rather to stay up late to watch basketball with Dad when he was home. At least six-year-old Trey could still be babied. He and Marnie would snuggle at night and make up stories about worms named Pinkster and Swirmy, who lived in huts in their backyard, and ate muddy cakes filled with flies.

Marnie sighed. “I love you boys. Have a good day.” She touched her belly.

“Love you too, Mom. Bye!” And the door banged behind them. Her double tornado gone. She heard them screaming down the drive, Trey shouting for Jeremy to wait up for him, always, always chasing after his older brother.

Marnie opened the microwave and took out the mini pancakes the boys hadn’t had time to eat. She grabbed the syrup bottle again, forgetting it was sticky.

“Damn it,” she said to no one, because no one was home. It was Tuesday, and Stuart was gone.

Marnie turned the faucet on cold, saturated the paper towel, and rubbed the top of the syrup bottle as best as she could to clean it off. Then she doused the pancakes with syrup and popped the mini pancakes into her mouth, one by one, filling the void with the golden yeasty fluff, not feeling or tasting, just chewing… chewing until they were all gone; until the anxiety settled in the pit of her stomach and she felt like she could begin her day.

She ran a mental list through her head: the dry cleaners, she had to proof photos from last weekend's shoot, a trip to the grocery store. And she would have to stop by the post office to mail that package that had been sitting on the foyer table for over a week now. The one Stuart had asked her to mail.

When he got home last Thursday and spotted it still there, he had sighed. “I didn’t have time today,” she said. “Tomorrow,” she promised. “I’ll get to it tomorrow.”

“I’m home now. I can mail it tomorrow,” he had said, but he hadn’t gotten around to doing it either.

The phone rang, Marnie wiped her sticky fingers on another paper towel, and checked Caller ID. It was Collette. She hadn’t talked to Collette since last week so she settled onto a kitchen bar stool, ready for one of her usual pep talks. Marnie was desperate for one today.

Marnie felt a glob of doughy pancake she had just devoured rise to a lump in her throat. 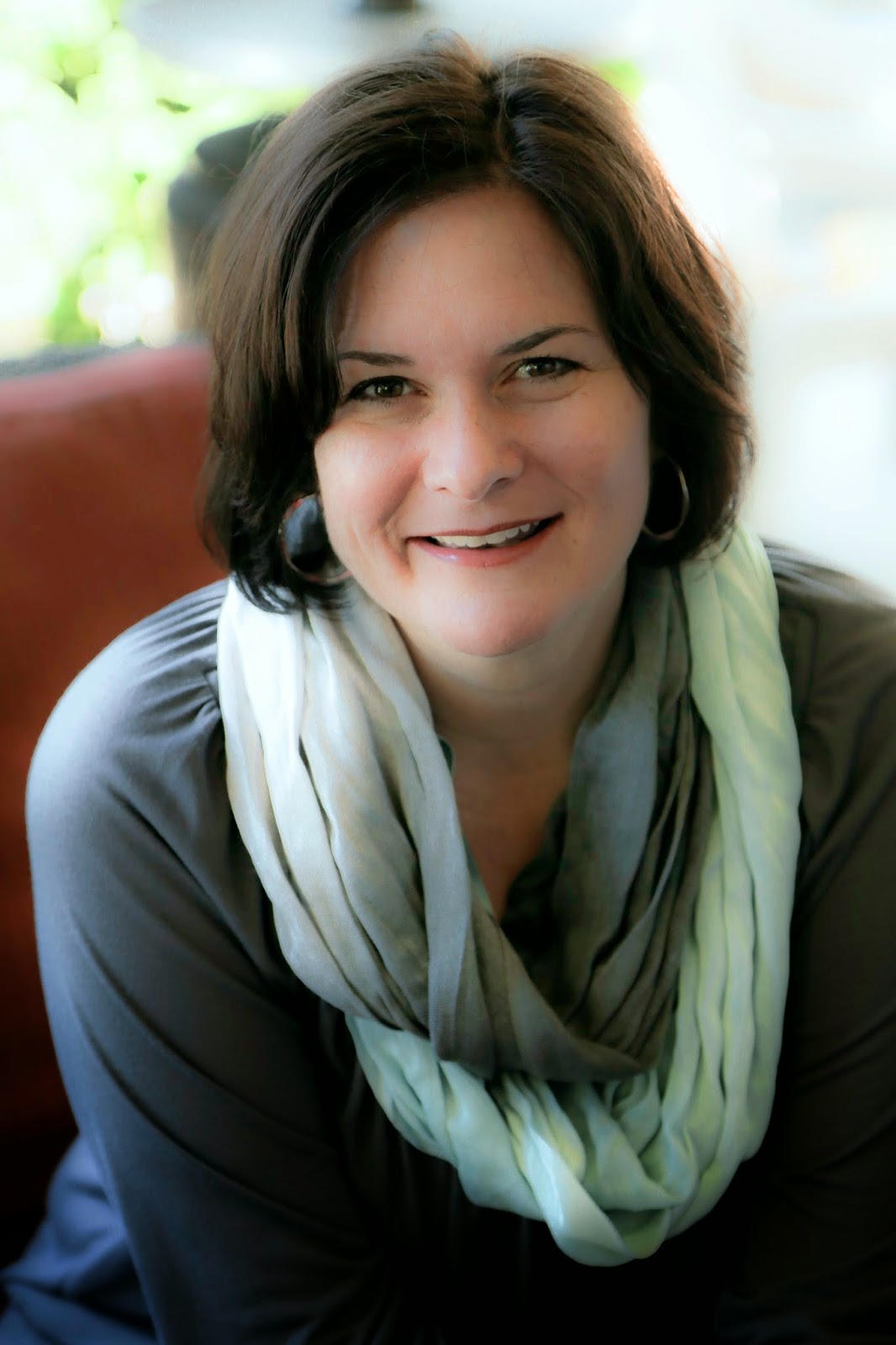 Stephanie Elliot is the author of A Little Bit of Everything Lost, What She Left Us, and the novella, The Cell Phone Lot. She is also a writer and editor and has written for a variety of newspapers, magazines and websites. In her spare time she edits manuscripts for other writers and proofs executive documents. She lives in Arizona with her husband and three children.

Review: 5 stars!
When you pick it up, you wont wan to put it down. This book is capturing, you watch the characters grow, and love each other. I couldn't want to turn the next page and see what this author brought to the table. I absolutely enjoyed this book and would recommend it to anyone!
Posted by Firefly Book Blog at 12:00 PM