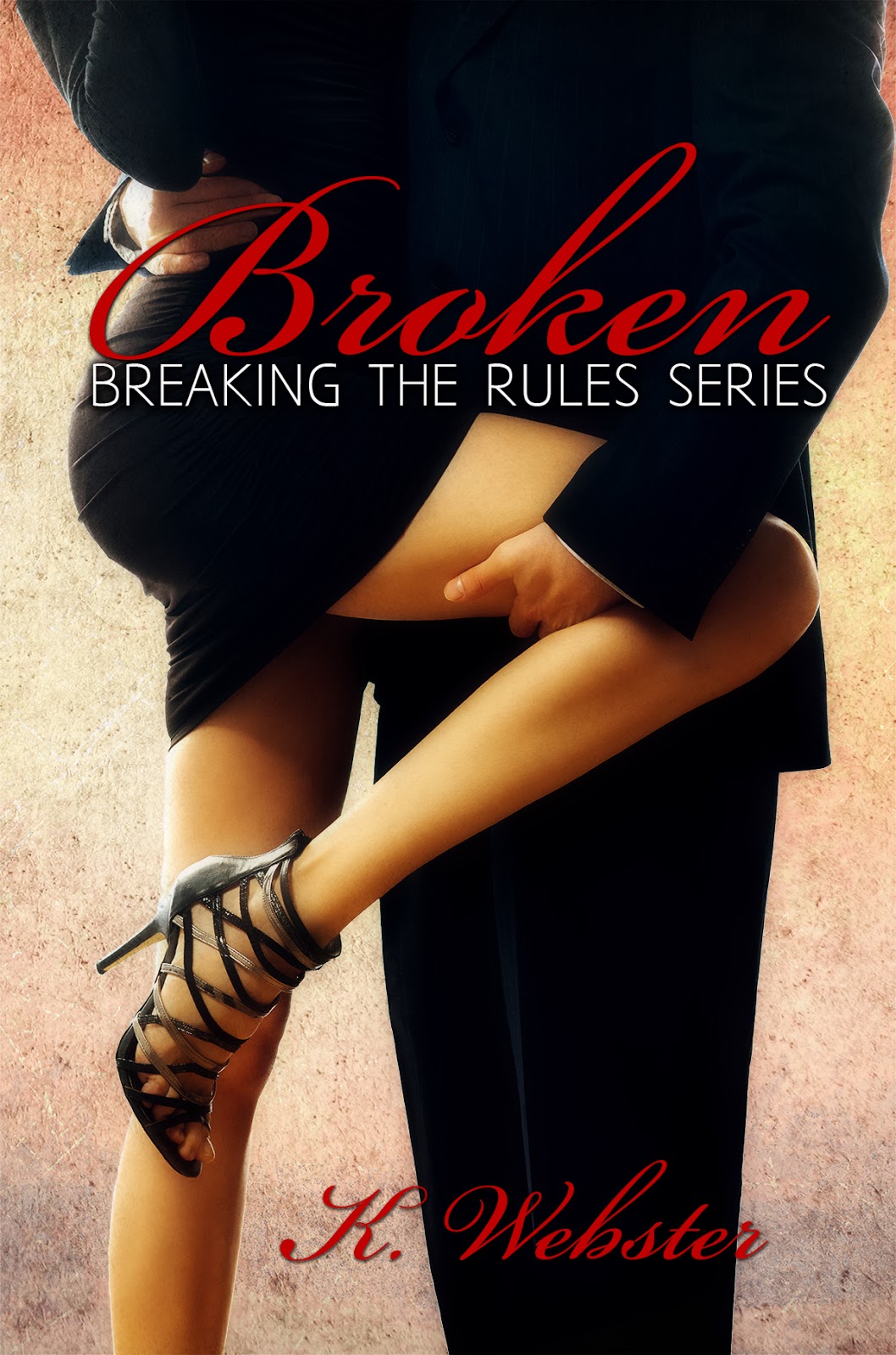 
Release: OUT!
Synopsis: Andi has the perfect life. She is about to graduate with an Architecture degree and marry her-All American baseball star-fiancé. When she catches him in bed with another woman, her world is turned upside down. Left to pick up the pieces of her shattered life, she takes on a new persona—a promiscuous one. This new role protects her heart from ever being broken again.

Andi now lives by a set of rules. The game? Sex with a new pawn every weekend. Every Friday, she sets her sight on a new sexy, successful man to play along—no strings attached, please. When Monday rolls around, she kicks them to the curb and moves on. It has helped her get through the pain of her past—that is, until she meets Jackson.

The mysterious Jackson is excited to play her game. He too has had his heart broken in the past and isn’t looking for a repeat. Eventually, hearts get involved and Andi wonders if the game is still worth playing.

Will she look for a new pawn or will she break the rules with Jackson? 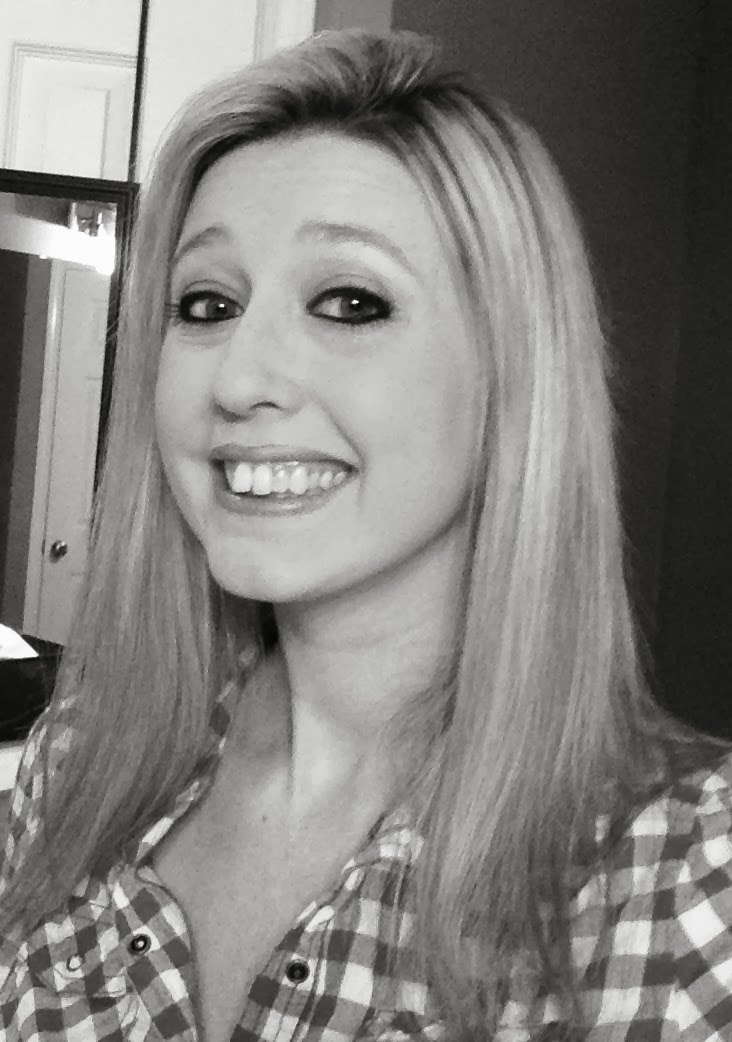 Author Bio: I’m a thirty-two-year-old self-proclaimed book nerd.  Married to for nearly eleven years, my husband and I enjoy spending time with our two lovely children.  Writing is a newly acquired fun hobby for me.  In the past, I’ve enjoyed the role as a reader.  However, recently, I learned that I absolutely love taking on the creative role as the writer.  Something about determining how the story will play out intrigues me to no end.  My husband claims that it’s because I like to control things—in a way, he’s right!

By day, I run around from appointment to appointment, wearing many hats including, mom, wife, part-time graphic designer, blogger, networker, social media stalker, student, business owner, and book boyfriend hunter.  (It’s actually a thing—complete with pink camo.  I lurk around the internet, “researching” pictures of hot guys who fit the profile of whatever book boyfriend I’m reading or writing about)
I guess you can blame my obsession with books on my lovely grandmother, who is quite possibly my favorite person on the planet.  At an early age, she took me to the half-priced bookstore each weekend and allowed me to choose a book.  Every single time, she caved when I begged for two.  Without her encouragement, I wouldn’t have been able to cope during some hard times without my beloved books.
Currently, I am finishing up my college degree that has taken me forever to complete.  It’s just on the list of my many “bucket-list” goals that I subject myself to.
Most days, you can find me firmly planted in front of my computer.  It’s my life.  If the world ever loses power, I’d be one of the first to die—of boredom!  But I guess as long as I have books and a light, I might just survive.
Looking forward, you can expect to see two more novels in the Breaking the Rules Series.  I’m nearly finished with the third.  Also, I have a standalone novel that will be released soon as well.
This writing experience has been a blast, and I’ve met some really fabulous people along the way.  I hope my readers enjoy reading my stories as much as I do writing them.  I look forward to connecting with you all!
Social Links:
Facebook
Blog
Twitter
Goodreads
Instagram

Review By A: 5*****
- Let me just start out saying, this an amazing book! I haven't been able to get into a book lately but as soon as I picked this one up, I was sucked in!! Can't wait to read more from this author!
Andi's life was destroyed when she walks in on her fiance, sleeping with someone else. Not knowing what to do with herself, she hides out in her dorm room and not leaving.  After graduation, she does something she didn't on intend on doing, but that one step changed her life forever. Andi gets help, help that she didn't want but knew she had to take. Thanks to her best friend, Pepper.

Andie meets Jackson at a local bar, after he over hears her laying out the ground rules to her very own game. Not knowing what they were both getting into, Jackson accepted. - A weekend is what they have, a weekend that they can not go back on after its up. During this weekend of fun, Andi nor Jackson meant to fall inlove with each other. It just happened.
Bray is the guy that I want to hurt,  the one that broke Andi. When the doctor told Bray that Andi's healing would be better without him around, he agreed and left her alone. But 5 months later when Bray is also hired at the same building that Andi, now works at, things just get... rocky. Oh, did i forget to mention that Jackson is Andi's new boss. SURPRISE!
No one saw that coming at the least. - but in the end, you get to to see two broken people that were not looking for love, to fall inlove.
K.Webster -this is an amazing book and I can't wait to read more!!! 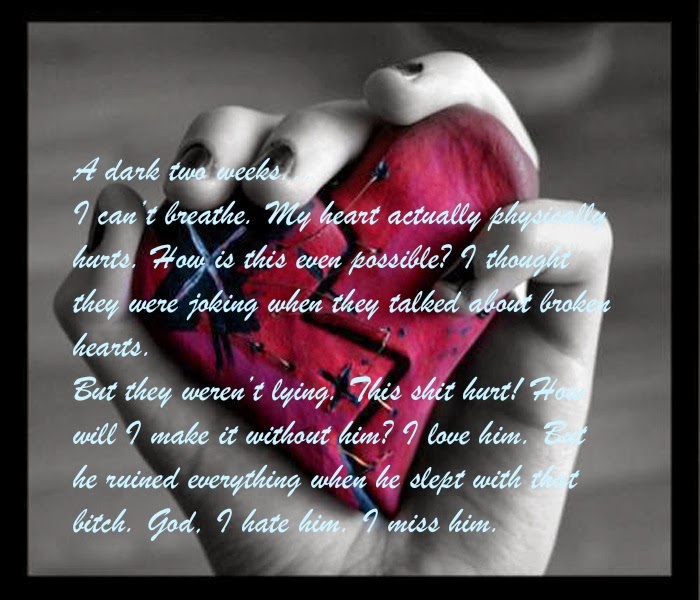 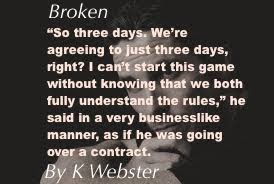