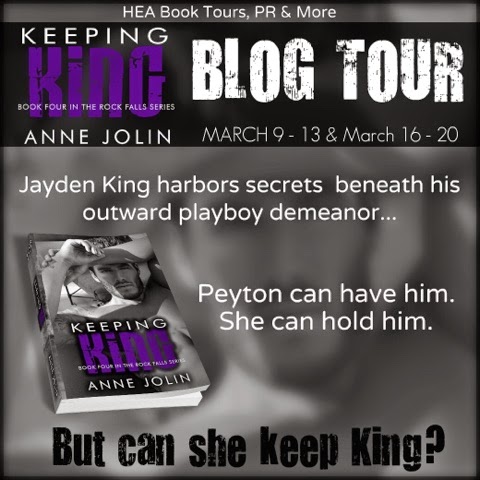 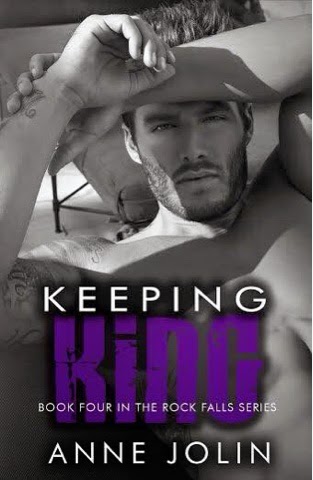 ***Can be read as a standalone or as part of the Rock Falls series.***

Peyton Callaghan is a fighter, a survivor, a warrior. When it was kill or be killed, she didn’t hesitate. Now, she’s the only one left standing, haunted by the ghost of a dead man and plagued with the guilt of having taken another person’s life. The upheaval of her life to start over in Rock Falls has been rocky at best, her worst nightmares and wildest desires colliding with each other. Terror tortures her nightly, breeding fear inside her dreams, and in every waking moment, she fights against the lust that threatens to drown her.

Jayden King harbors secrets beneath his outward playboy demeanor. The women who warm his bed lay claim to nothing—you can’t lay claim to someone who doesn’t have a heart. His wit and charm are exquisite means of deflection and distraction from the turmoil roaring inside him. He’s hidden in plain sight, a mask of humor keeping the sadness at bay. The only real reflections of his soul are in the artwork he creates, pieces of him muraled on the skin of others. If tattoo artists could have a calling card, the etch of pain and suffering in each design would be his. Because when the lights go out and the women he’s satisfied have gone home, he’s alone with every fear he refuses to face.

After suffering from a brutal attack at the hands of her roommate’s stalker, Peyton is forced to live with the object of her affection. Without intention, she breathes love into his starved heart, and although the mere thought of that terrifies him, Jayden would burn the city down to keep her safe, causalities be damned.

She can have him. She can hold him. But can she keep King? Or is it impossible for Callaghan to keep something that was never really hers to begin with? 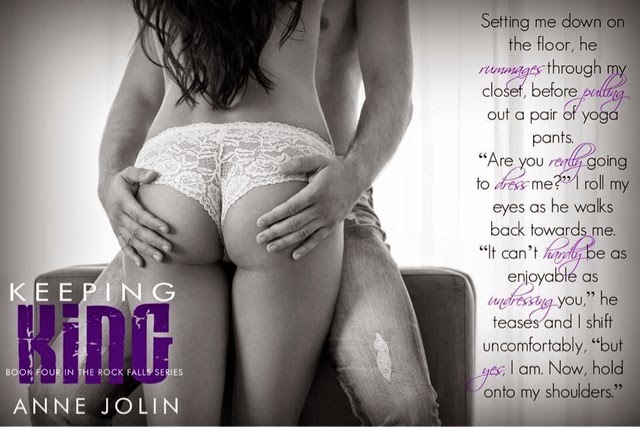 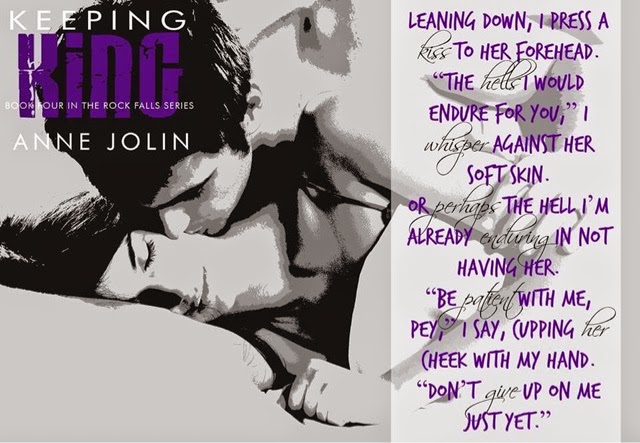 5 STARS!!! I didn't think Jayden could make me swoon as Braxton Bennett... But Holy Moly, he's seriously knocked off my knickers!! He struggles from something from his past.  He shows to his friend an happy person, but in reality he's struggles with what happened in his past. And doesn't know what to do with what he's feeling, what he's thinking.  Peyton has a past, one she's trying to forget, but her nightmares haven't let her do so. She's a fighter and is trying to survive. But when Peyton needs him, he's there for her and takes charge.  And when either of them can't keep fighting what they feel...MAJOR OVARIE EXPLOSION!!! The chemistry is -knock my socks-hold me tight-do me sideways-or any way- HOT! Love how Anne Jolin keeps surprising me more and more with each book.    Keeping King is a must read!!

I’m twenty four years old. I was born and raised in Ladner, a small farm town just outside of Vancouver, Canada. I grew up riding horses, shooting guns and riding in trucks. I’ve been married to my handsome redneck husband for a year and we are parents to our chocolate fur baby, Bear. No kiddo’s yet! I am completely and utterly obsessed with country music, you will constantly find me stalking iTunes. If you don’t find me on iTunes, you’ll find me on Netflix because I am a self proclaimed movie junkie. Yes, that means that I quote them constantly in daily conversation and my characters do too! You couldn’t keep me away from a good action movie if you tried. I’m also a planning nut. I love to plan parties, events, trips – you name it! I don’t know if that’s considered a real hobby, but it is for me.

We were fortunate enough to travel a lot as a family growing up, and I think that helped spark my love of reading. I’m half Viking, my mom is Danish, and her entire side of the family still lives in Denmark. We’d visit them almost once a year, every year and it’s a nine hour flight. That’s a lot of uninterrupted time to read (or in my parent’s case, entertain four children – Yikes!). Somewhere along the way my love of reading, became a love of writing. I wrote short stories when I was younger, and although I majored in Business Management at college, I took as many English electives I could get my hands on.

During the day I work at my family construction company wearing a variety of different hats and at night, I write! I had never thought about writing books before, but after a few suggestions that I should try, I decided to give it a go. I loved it instantly! Having always been a creative person, it felt amazing to harness all that energy and use it to tell a story. Now, quite frankly it’s all I can think about, and I wouldn’t have it any other way. I’m grateful to have developed my love of reading into a passion for writing. You’ll be seeing many more books from me in the future! Xo.

Posted by Firefly Book Blog at 8:56 AM